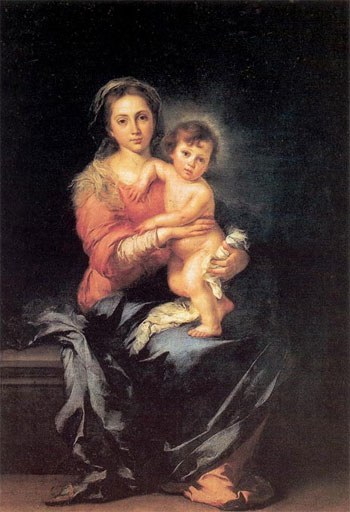 The Museum of Fine Arts will host the anthological exhibition of the fourth centenary of the Sevillian painter starting from November 29
55 Murillo paintings will be showcased, outnumbering the Sevililan painter's artworks gathered during the French invasion in Alcazar where 43 of them were stolen in the biggest theft of history. To culminate the commemorative events of the fourth centenary of Bartolomé Esteban Murillo, the Museum of Fine Arts will host an anthological exhibition that will bring fifty paintings from collections around the world to Seville for the biggest Murillo exhibition to date.


This has been guaranteed by the Minister of Culture of the Junta de Andalucía, Miguel Ángel Vázquez, in the presentation of the "Murillo. IV Centenario" exhibition, which will be held from November 29 to March 17. Vázquez explained that this will be "the first anthological exhibition of the painter in Seville, which will teach the truth about the painter, one of the leading figures of the Spanish Baroque, a vision that will show his evolution throughout his career, dismantling simplistic prejudices about the artist". Because Murillo was "much more than a painter of immaculate and religious themes."
In this concentration never before seen of Murillo will be, in addition to the fifty paintings coming from international collections, five that belong to the Fine Arts. To these 55 are added the 17 that belong to the exhibition previously held on the convent of Capuchinos, so that, in just one year, Sevilla will have passed 72 canvases of murillo.

What works will come?

The counselor has indicated that "we are going to gather the most granada, and some of them will return for the first time". The director of the Museum of Fine Arts of Seville, Valme Muñoz, explained that the exhibition will be divided into nine areas, which will show "the world through the eyes of Murillo." From the religious painting to the Seville of the beggars and the rogues, going through the portraits. A reflection on the religious and civil context of the time.
The director has emphasized that Murillo's works will come in four different supports: the canvas, the table, the copper and even the obsidian (stone of volcanic origin). Therefore, among all the paintings that will arrive in the Seville capital in the coming days, he has especially emphasized that of the "Nativity", coming from Houston, painted precisely on obsidian. "I do not remember that he has ever been to Spain," he said.
Also, among other outstanding works that can be contemplated in the Fine Arts will be the «Sagrada Familia» of the National Gallery of London; the «Virgin with the Child», of Liverpool; or the "Wedding of Cana" of Birmingham. One of the paintings that is already in Seville is the "Christ with the cross on its back", the Musée Thomas Henry, of Cherbourg, which precisely arrived on Wednesday morning in the midst of a great media speculation.
Valme Muñoz believes that, with this exhibition, it is shown that «the Museum of Fine Arts has gained international prestige and recognition, since it can be allowed to organize this type of exhibitions».
Following this exhibition, which will put the finishing touch to Murillo Year, together with the one that will be held in the Santa Clara Space, six very important research works have been carried out, such as the article that analyzes the whole speech of the exhibition, made by the curator of the same, Ignacio Cano. Other researchers have contributed their work, such as the cases of Enrique Valdivieso, Elisa Lucí, Fernando Quiles or Peter Cherry, as well as Valme Muñoz herself.